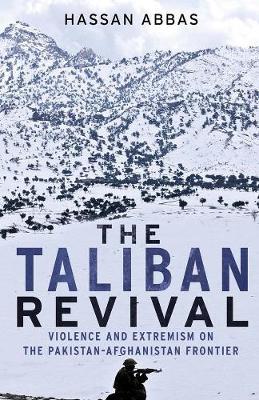 2015
5.00 Avg rating—1 Votes
The true story of the Taliban's remarkable resurgence in Pakistan and war-torn Afghanistan more than a decade after the U.S. military's post-9/11 incursion
In autumn 2001, U.S. and NATO troops were deployed to Afghanistan to unseat the Taliban rulers, repressive Islamic fundamentalists who had lent active support to Osama bin Laden's Al-Qaeda jihadists. The NATO forces defeated and dismantled the Taliban government, scattering its remnants across the country. But despite a more than decade-long attempt to eradicate them, the Taliban endured--regrouping and reestablishing themselves as a significant insurgent movement. Gradually they have regained control of large portions of Afghanistan even as U.S. troops are preparing to depart from the region.

In his authoritative and highly readable account, author Hassan Abbas examines how the Taliban not only survived but adapted to their situation in order to regain power and political advantage. Abbas traces the roots of religious extremism in the area and analyzes the Taliban's support base within Pakistan's Federally Administered Tribal Areas. In addition, he explores the roles that Western policies and military decision making-- not to mention corruption and incompetence in Kabul--have played in enabling the Taliban's resurgence.