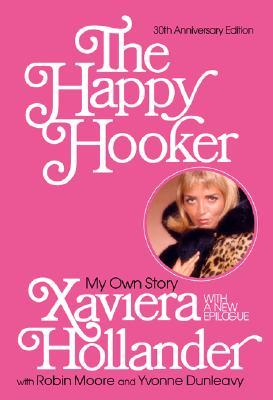 How did you first learn about sex? If you grew up in the 1970s, it may have been from a gleefully lusty tour guide named Xaviera Hollander

In the late 1960s -- that era of sexual chaos, when Playboy Clubs and love-ins were competing for national attention -- a beautiful, intelligent young Dutch secretary named Xaviera de Vries moved to New York, grew swiftly tired of her desk job . . . and soon became the most visible and glamorous madam the city had ever seen. As Xaviera Hollander, she published a shockingly candid account of her life behind the brothel door. The Happy Hooker shot straight to the top of the bestseller lists, sold more than fifteen million copies, and made this enterprising young woman an international phenomenon.

Thirty years later, these delightfully explicit tales of the '60s and '70s swingers' scene -- including countless jaw-dropping stories of lesbianism, bondage, fetishism, and more -- remain as titillating as ever, charged with the mix of shrewd observation and uninhibited appetite that made Hollander an irresistible storyteller. The Happy Hooker is a classic: the world's greatest book on the world's oldest profession.