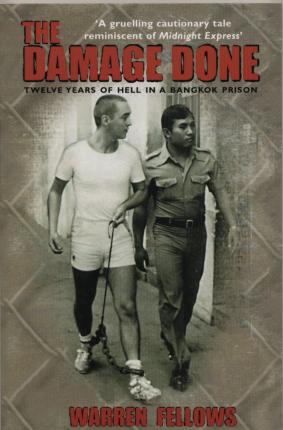 In 1978 Warren Fellows was convicted of heroin trafficking between Thailand and Australia and was consequently sentenced to life in Bang Kwang prison - known as the Bangkok Hilton. This is the story of his 12 years behind bars, the abuse of human rights and the squalid conditions he endured.

Think about the most wretched day of your life. Maybe it was when someone you loved died, or when you were badly hurt in an accident, or a day when you were so terrified you could scarcely bear it. No imagine 4,000 of those days in one big chunk.

In 1978, Warren Fellows was convicted in Thailand of heroin trafficking and was sentenced to life imprisonment. The Damage Done is his story of an unthinkable nightmare in a place where sewer rats and cockroaches are the only nutritious food, and where the worst punishment is the khun deo - solitary confinement, Thai style.

Fellows was certainly guilty of his crime, but he endured and survived human-rights abuses beyond imagination. This is not his plea for forgiveness, nor his denial of guilt; it is the story of an ordeal that no one would wish on their worst enemy. It is an essential read: heartbreaking, fascinating and impossible to put down.