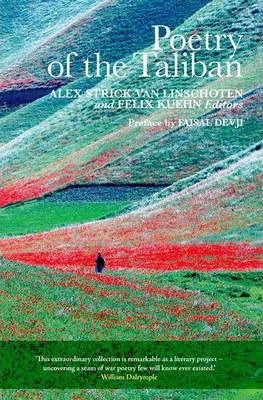 2012
5.00 Avg rating—1 Votes
Overlooked by many as mere propaganda, poetry offers an unfettered insight into the wider worldview of the Afghan Taliban. This collection of over two hundred poems draws upon Afghan tradition and the recent past as much as upon a long history of Persian, Urdu and Pashto verse. The contrast between the severity of their ideology and the Taliban's long-standing poetic tradition is nothing short of remarkable. Unrequited love, vengeance, the thrill of battle, religion and nationalism--even a yearning for non-violence--are expressed through images of wine, powerful women and pastoral beauty, providing a fascinating insight into the hearts and minds of these redoubtable adversaries.

Taliban verse is fervent, and very modern in its criticism of human rights abuses by all parties to the conflict. Whether describing an air strike on a wedding party or lamenting, "We did all of this to ourselves," it is concerned not with politics, but with identity, and a full, textured, deeply conflicted humanity.

It is such impassioned descriptions--sorrowfully defeated and enraged, triumphant, bitterly powerless or bitingly satirical--and not the austere arguments of myriad analysts that will ultimately define and endure as a record of the war in Afghanistan.