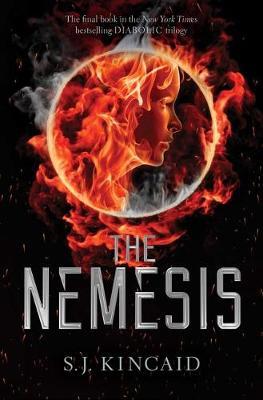 2020
5.00 Avg rating—1 Votes
In the heart-pounding conclusion to the New York Times bestselling Diabolic series, the Empire teeters on the edge of destruction as rumors spread that Nemesis is still alive.

Three years ago, Tyrus Domitrian shocked the galaxy by killing the woman he swore to love forever. The woman for whom he upended the Empire. The woman with whom he wanted to build a new and brighter future.

Now, the once-idealistic heir apparent has become the cruel Emperor Tyrus, wielding his authority with an iron fist, capable of destroying planets with a single word, controlling all technology with a simple thought. He has bent the Grandiloquy to their knees, and none has the power to stand against him.