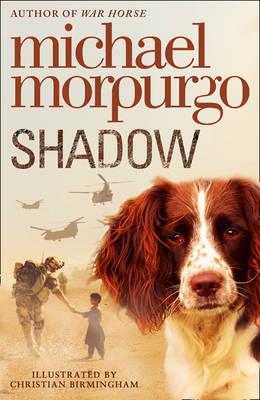 A powerful novel from Michael Morpurgo, the nation's favourite storyteller...

Never have Aman and his mother needed a friend more than when a Springer Spaniel appears - thin and war-ravaged - in the mouth of their Afghan cave. Nursed back to health by Aman, the dog becomes a constant companion, a shadow, and that's what Aman decides to call her.

But life in Afghanistan becomes more dangerous by the moment. Eventually, Aman, his mother and Shadow find the courage to embark upon the treacherous journey from war-torn Afghanistan to the safely of a relative's home in Manchester, England.

But how far can Shadow lead them? And in this terrifying new world, is anywhere really safe...'