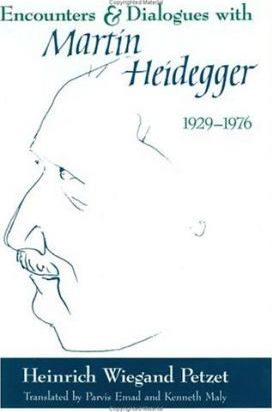 1993
0.00 Avg rating—0 Votes
Despite his predominance in twentieth-century philosophy, no intellectual biography of Martin Heidegger has yet appeared. This account of Heidegger's personal relations, originally published in German and extensively corrected by the author for this translation, enlarges our understanding of a complex figure.

A well-known art historian and an intimate friend of Heidegger's, Heinrich Wiegand Petzet provides a rich portrait of Heidegger that is part memoir, part biography, and part cultural history. By recounting chronologically a series of encounters between the two friends from their meeting in 1929 until the philosopher's death in 1976, as well as between Heidegger and other contemporaries, Petzet reveals not only new aspects of Heidegger's thought and attitudes toward the historical and intellectual events of his time but also the greater cultural and social context in which he articulated his thought.