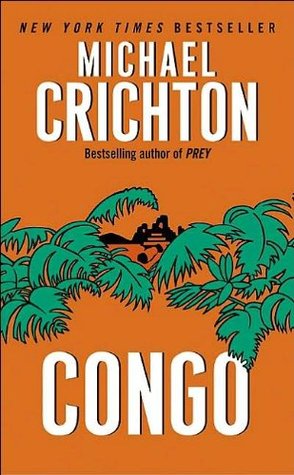 Deep in the African rain forest, near the legendary ruins of the Lost City of Zinj, an expedition of eight American geologists is mysteriously and brutally killed in a matter of minutes.

Ten thousand miles away, Karen Ross, the Congo Project Supervisor, watches a gruesome video transmission of the aftermath: a camp destroyed, tents crushed and torn, equipment scattered in the mud alongside dead bodies -- all motionless except for one moving image -- a grainy, dark, man-shaped blur.

In San Francisco, primatologist Peter Elliot works with Amy, a gorilla with an extraordinary vocabulary of 620 "signs," the most ever learned by a primate, and she likes to fingerpaint. But recently, her behavior has been erratic and her drawings match, with stunning accuracy, the brittle pages of a Portuguese print dating back to 1642 . . . a drawing of an ancient lost city. A new expedition -- along with Amy -- is sent into the Congo where they enter a secret world, and the only way out may be through a horrifying death . . .