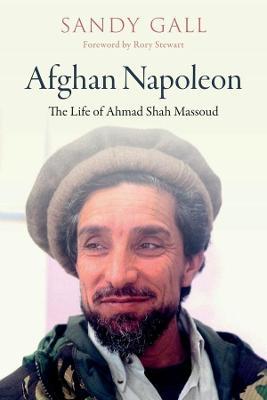 When the Soviets invaded Afghanistan in 1979, the forces of resistance were disparate. Many groups were caught up in fighting each other and competing for Western arms. The exception were those commanded by Ahmad Shah Massoud, the military strategist and political operator who solidified the resistance and undermined the Russian occupation, leading resistance members to a series of defensive victories.

Sandy Gall followed Massoud during Soviet incursions and reported on the war in Afghanistan, and he draws on this first-hand experience in his biography of this charismatic guerrilla commander. Afghan Napoleon includes excerpts from the surviving volumes of Massoud’s prolific diaries—many translated into English for the first time—which detail crucial moments in his personal life and during his time in the resistance. Born into a liberalizing Afghanistan in the 1960s, Massoud ardently opposed communism, and he rose to prominence by coordinating the defense of the Panjsher Valley against Soviet offensives. Despite being under-equipped and outnumbered, he orchestrated a series of victories over the Russians. Massoud’s assassination in 2001, just two days before the attack on the Twin Towers, is believed to have been ordered by Osama bin Laden. Despite the ultimate frustration of Massoud’s attempts to build political consensus, he is recognized today as a national hero.